… beats Guillermo Coria, who is considered the best clay court player in the world at the time, again in the final with 7:6 in the fifth set. After Rome, he will have a two-week tournament-break, then he will start for the first time at the biggest clay court tournament in the world, the French Open (A) in Roland Garros, Paris. On his 19th birthday, he meets the world No. 1 Roger Federer in the semi-finals. Rafa beats him 3:1 sets to reach the final in his debut in Roland Garros.

There he meets the surprise finalist Mariano Puerta from Argentina, who had played like crazy in the rounds before. Later it turned out that he had been doped. But even the doping did not help Puerta against Nadal. Rafa also beat the Argentinean 3:1 in sets and won his first Grand Slam title at the age of 19 years and 2 days. Nadal thus won four of the five biggest clay tournaments within eight weeks and shot up from 17 to 3 in the world rankings in less than two months.

He repeated this in 2006, again winning four of the world’s five biggest tournaments on red clay within eight weeks. 2007 the same, again he wins four major clay titles. And in 2008 he succeeds again for the fourth time in a row. In Paris, he beats Novak Djokovic, the world No. 3, 3:0 in the semi-finals and Roger Federer, still No. 1 – Rafa will replace him shortly afterwards – 6:1, 6:3, 6:0 in the final, not dropping a single set in the entire tournament.

Two months later, in August 2008, he becomes the world No. 1 for the first time at the age of 22, having also beaten Federer for the first time in the Wimbledon final on grass four weeks after Roland Garros and also winning the Olympic gold medal in singles on hard court.

First setback and the great comeback

In 2009, he is stopped by Robin Soderling in the last 16 at the French Open, loses a match at Roland Garros for the first time ever in his career. The King of Clay is toppled from his throne. Federer, who had lost to Nadal every time in the previous four years, once in the semi-finals and three times in the final, seized the opportunity and finally won his first and only French Open title, beating Soderling in the final.

In 2010, however, Nadal returns even stronger, skipping Barcelona (D), the fifth biggest tournament, and playing only the three Masters 1000s in Monte Carlo, Rome and Madrid and then the French Open. He now even wins the four biggest tournaments on clay in a row. No one else has ever achieved this. He beats Soderling 3:0 in the final of the French Open and does not drop a single set in the entire tournament in seven rounds.

The great crisis and the second career

In 2011 he won „only“ three of the five biggest clay tournaments, but in 2012 and 2013 he won four again. Then came the first big crisis. In 2014 he won „only“ two of these five tournaments, and in 2015 none at all. He is now 29 years old, has been playing at the top of the world for ten years and not a few think his time is over. He will never win another major tournament. No body would be able to withstand his energy-sapping style of play for ten years. Rafa is now injured more and more often for longer periods. His body doesn’t seem to want to take part any more.

But in 2016 he managed to win two of these five tournaments again and in 2017 he even returned to his old strength. Once again, at the age of 30 or 31, he wins four of the five biggest clay tournaments. For the eighth time (!). And in 2018 he continues this series. Once again, now for the ninth time, he manages to win four tournaments in the European clay court season from the beginning of April to the beginning of June.

In 2019, he does not win as many tournaments, but now, at the age of 33, he concentrates mainly on the highlight, the French Open, and wins it for the 12th time.

In 2020, the tournament is postponed for four months because of the pandemic. The conditions are now completely different. It is much colder, which means the balls bounce much less, which somewhat defuses Rafa’s most dangerous weapon, his extreme forehand top spin. In addition, Nadal lacks match practice after more than six months off the tournament. He does not compete on the US Tour, culminating in the US Open, and plays only one preparatory tournament, the clay tournament in Rome, where he loses early. For the first time in 15 years, he is not the big, clear favourite to win the tournament. And in the final he meets the outstanding player of the last decade: Novak Djokovic. But what happens then is unbelievable.

Nadal outclassed the best player in the world, Novak Djokovic, 6:0, 6:2, 7:5, breaking all records by far. Björn Borg won Roland Garros six times. For a long time it was thought that no player could ever repeat that. But Nadal has now won the French Open twice six times and even one more. There is nothing remotely comparable on other surfaces either. How good for all the other tennis players on earth that only one of the four Grand Slam events and no B tournament (Olmypic Games and ATP Finals) is played on clay!

Nadal’s record to date at the five biggest clay tournaments

* Last year 3 of the 5 tournaments were cancelled due to the pandemic.

So in summary Nadal has

By way of comparison, there is only one active women’s player who has won more than 9 tournaments on clay – in all clay tournaments! -: Serena Williams 13, as many as Nadal only won in Paris.

Today is the draw in Monte Carlo. Top favourite to win the tournament: Nadal, who turns 35 on 3 June. The following matches could take place in the round of 16: 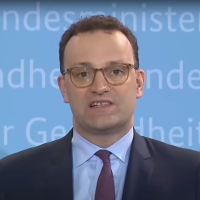 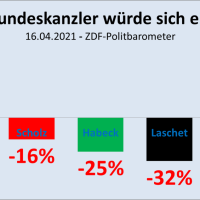