The 2022 tennis season has begun. Canada won the ATP Cup, Monfils, Nadal, Karatsev and Kokkinakis won the four preparation tournaments for the Australian Open. Zverev overtakes Medvedev to become world No. 2 again in the JFB 52 Week Tennis World Ranking. Nadal rises from 10 to 8.

Canada wins the ATP Cup, Monfils in Adelaide 1, Nadal in Melbourne, Karatsev in Sydney and Kokkinakis in Adelaide 2

Russia, led by Daniil Medvedev, failed to defend its ATP Cup (T) title. This now went to Canada, who fielded Felix Auger-Aliassime and Denis Shapovalov in the singles. Gael Monfils won the E tournament in Adelaide 1 (ATP 250), Rafael Nadal the one in Melbourne. In the week directly before the Australian Open, Aslan Karatsev won in Sydney (E) and Thanasi Kokkinakis in Adelaide 2 (E).

Zverev overtakes Medvedev to be world No. 2 again, Nadal rises from 10 to 8

Novak Djokovic did not compete in the ATP Cup this year, so he loses 5.6 points. Alexander Zverev improved a little with two wins at the ATP Cup – by three points – and rises to second place because Medvedev could not defend his 20 points from last year. He „only“ had 11.8 points this year. With his tournament win in Melbourne, Rafael Nadal overtakes Hubert Hurkacz and Jannik Sinner and moves up from 10 to 8. Aslan Karatsev can move up from 15 to 14 with his tournament win. Roberto Bautista Agut, the Spanish No. 1, scored a lot of points with four wins in five matches and thus moves up to position 18.

The JFB 52 Week Tennis World Ranking before the Australian Open

And this is how the current 52-week men’s world ranking looks before the start of the Australian Open (A):

With the unvaccinated Novak Djokovic expelled from Australia and thus unable to defend his Australian Open title, he will drop 100 points to then 401 in a fortnight. This means that both Alexander Zverev and Daniil Medvedev can overtake him. It is enough for Zverev if he can defend his 20 points from last year, i.e. if he reaches the quarter-finals again. Last year’s finalist Medvedev, on the other hand, has 60 points to defend, so he has to win the Australian Open to overtake Djokovic. 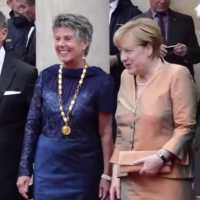