Novak Djokovic’s Laver Cup win over Tiafoe moves him back up to number three in The True Tennis World Ranking. Auger-Aliassime rises from 14 to 12, Tiafoe from 19 to 17. San Diego tournament winner Brendan Nakashima rises from 49 to 38, the new Metz champion Lorenzo Sonego from 56 to 46.

With two wins in doubles and four in singles, Team World won the Laver Cup for the first time against Team Europe. At this, Roger Federer bid farewell to his career as a professional tennis player. The ATP 250 tournament in Metz was won by Lorenzo Sonego, in San Diego by Brandon Nakashima. Both receive 10 points for this. Auger-Aliassime and Tiafoe receive 9 points for their victories on the third day of the Laver Cup, Berrettini, Fritz and Djokovic 6 points for their victories on the second day, Ruud, Tsitsipas and de Minaur 3 points for their victories on the first day. As Casper Ruud did not defend his title in San Diego, he loses 10 points at the same time and thus falls behind Djokovic again. This means that the three reigning Grand Slam winners are back in first to third place. Felix Auger-Aliassime rises from 14 to 12 with the 9 points for beating Djokovic, Tiafoe from 19 to 17 with his win over Tsitsipas. San Diego champion Brandon Nakashima rises from 49 to 38, new Metz champion Lorenzo Sonego from 56 to 46.

And this is how the current JFB 52 Week Tennis World Ranking looks after the Laver Cup, Metz (E) and San Diego (E): 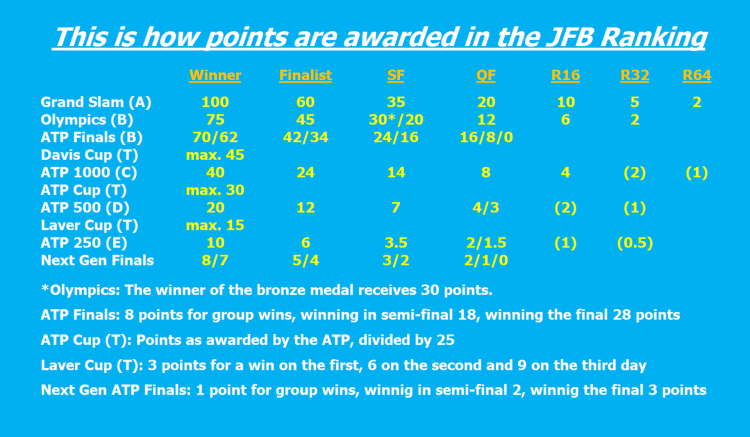 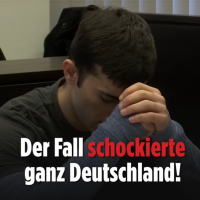